Posted by The Thing With Feathers - Laura Cook on August 29, 2015 in Bali, Visual Storytelling | 7 Comments

Fifteen years ago I was studying the ceremonies and life cycle rites of Bali at university as part of my Social Anthropology BA. We were told that there was rarely a day in Bali, Indonesia when a ceremony of some sort would not be happening. It was hard, from a Western perspective, to get my head around the life-patterns and flow of Balinese life. I had always wanted to travel to Bali to see a small glimpse of this way of life for myself. Owner of the Floating Leaf Eco-retreat• Mikaku Doliveck told me that with years behind him of getting to know Bali, and now living and being immersed in the society, that he is still at the beginning of beginning to understand the Balinese way of thinking. Every society has rites, ritual and ceremony (even when we do not acknowledge these rites) but in Bali they are held in such high regard, life revolves around these ceremonies and they take centre place in everything.

Temple festivals are held on the anniversary of when the temple in question was consecrated. This could be an annual event, held on a new or full moon or more likely every 210 days, based on the wuku system, a complex calculation of overlapping days of confluence. Some days in this calendar are considered as more auspicious than others. We were fortunate enough to be in Sukawati during the Air Jeruk Temple’s annual anniversary ceremony. Last week I posted a photo blog showing some of the preparations for that ceremony. Today I am going to share some images from the ceremony itself: 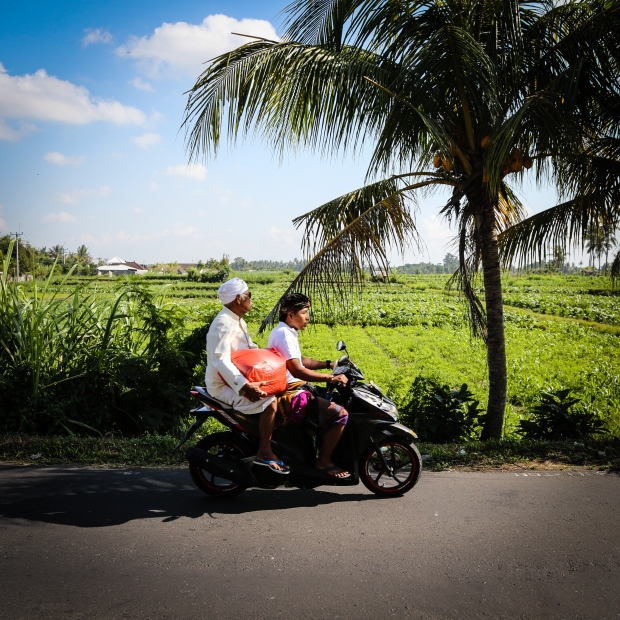 Worshippers flowed back and forth on their motorbikes in Sukawati throughout the ceremony period. All were dressed ready to enter the temple and many precariously balanced offerings on their heads and children on their knees. 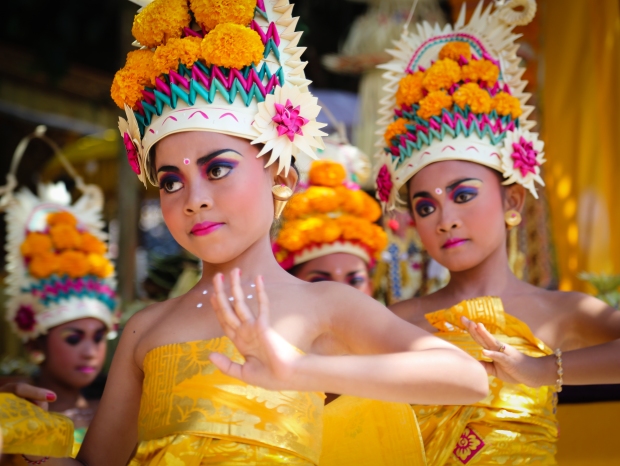 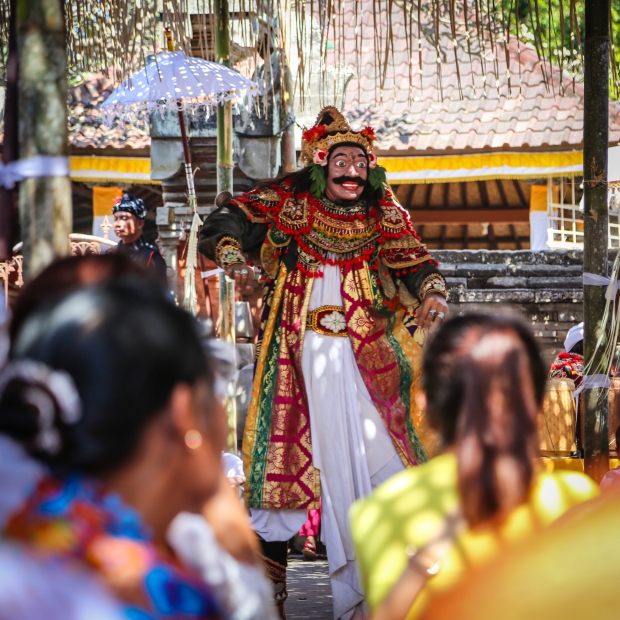 The Balinese embrace the good and the bad in life, believing in a balance of light and dark. It is understood that we live in the grey area, with both good and bad inside of us, but importance is always placed upon good intentions. The symbolic dances at the beginning of ceremonies represents this battle, and balance, between good and bad. 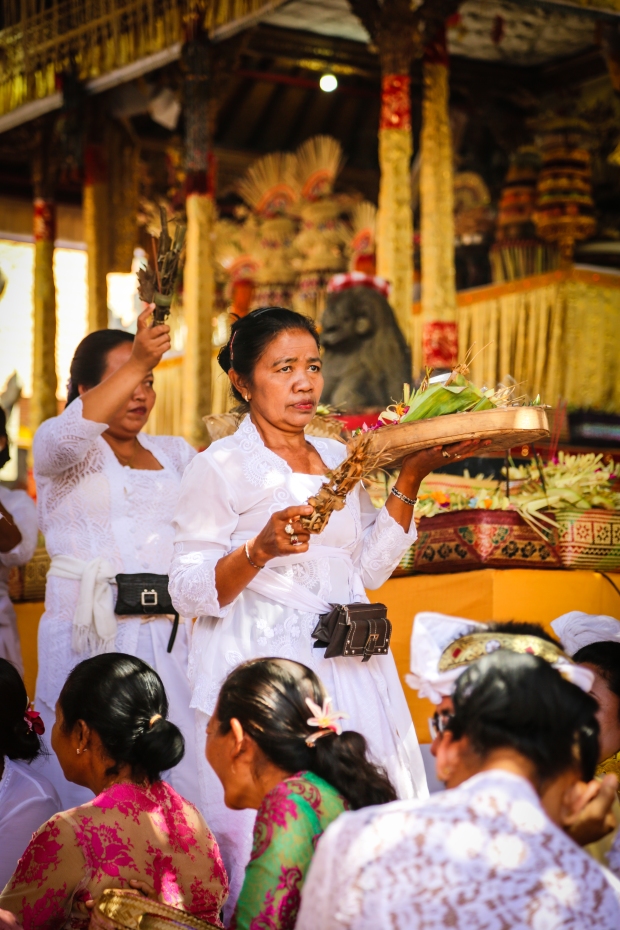 Offerings are made throughout the period of the ceremony. 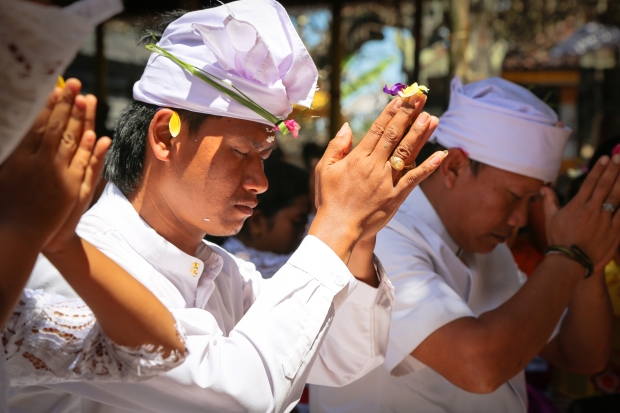 As you might imagine prayer does form a central part of the ceremony and as the week went on hundreds and hundreds of worshippers gave offerings and prayed. 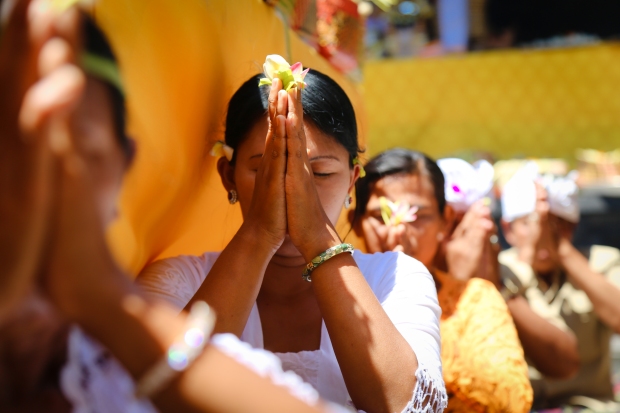 Watching, and photographing, people prayer seems very intimate but all individuals I photographed had verbally (or through nod of the head and a smile) given me permission to do so. It was a real privilege to be part of those moments that are in one way sacred and personal and in another performed with such a sense of community. 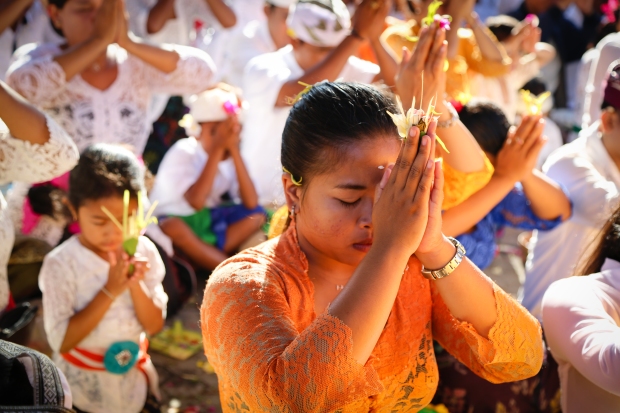 Young and old gathered to pray together. All crowded in and yet all finding their own space. 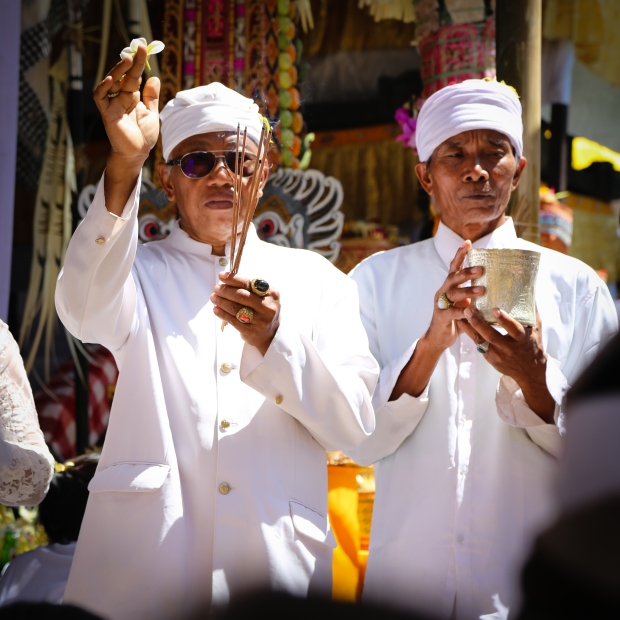 Rice, water and incense were used throughout the ceremony. 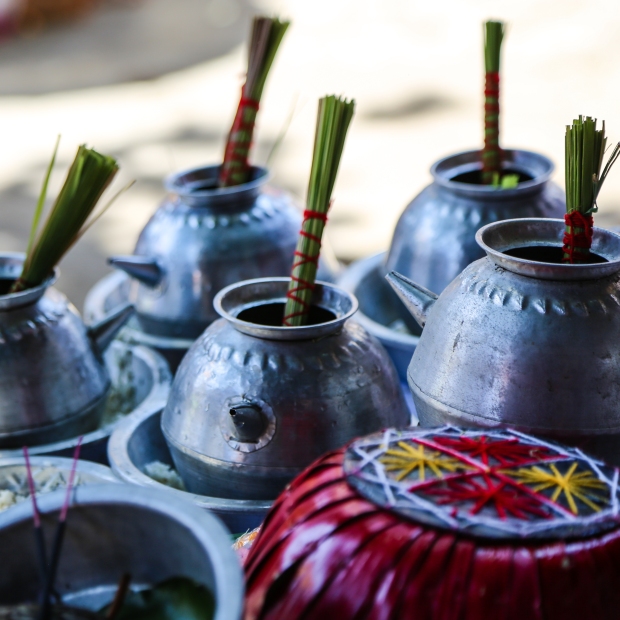 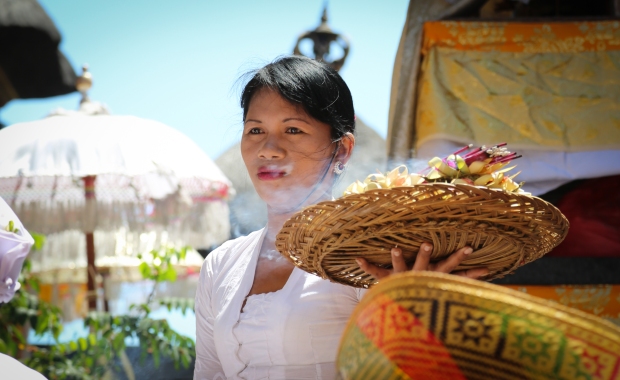 I loved the way the ceremony engaged with every one of the senses. So often in Western society ceremony and ritual is all about watching and listening but not  about smelling, tasting and touching. 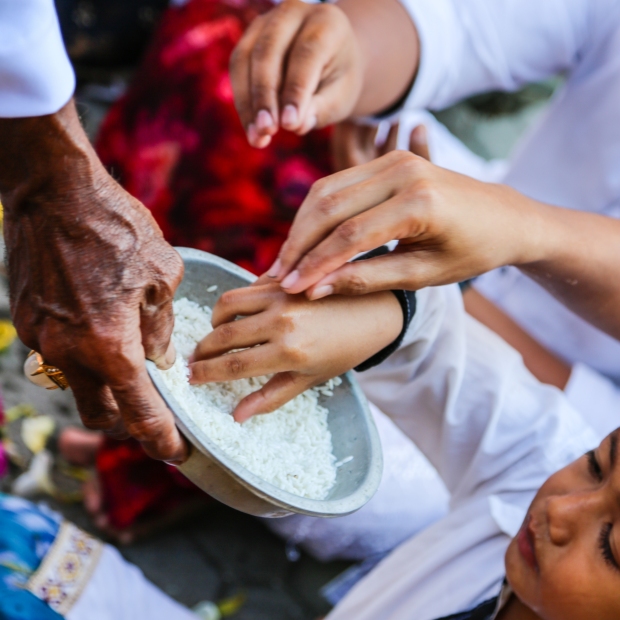 Rice and water is offered to the worshippers. 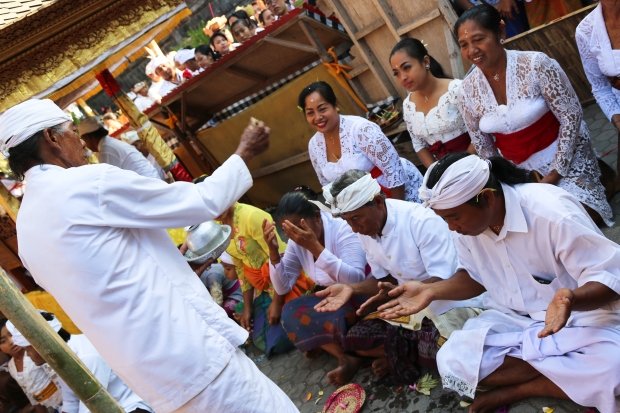 People wait to come in and pray and offer their rice, flowers and fruits to the gods as other sit and receive blessings of water and rice from the priests. At first it seemed chaotic but after a while it became obvious that there was a real sense of order. Nobody pushed anyone else. People seemed to flow from one space to the next with ease.