Temple ceremony in Bali – Part One

Fifteen years ago I was studying the ceremonies and life cycle rites of Bali at university as part of my Social Anthropology BA. We were told that there was rarely a day in Bali, Indonesia when a ceremony of some sort would not be happening. It was hard, from a Western perspective, to get my head around the life-patterns and flow of Balinese life. I had always wanted to travel to Bali to see a small glimpse of this way of life for myself. Owner of the Floating Leaf Eco-retreat• Mikaku Doliveck told me that with years behind him of getting to know Bali, and now living and being immersed in the society, that he is still at the beginning of beginning to understand the Balinese way of thinking. Every society has rites, ritual and ceremony (even when we do not acknowledge these rites) but in Bali they are held in such high regard, life revolves around these ceremonies and they take centre place in everything.

Temple festivals are held on the anniversary of when the temple in question was consecrated. This could be an annual event, held on a new or full moon or more likely every 210 days, based on the wuku system, a complex calculation of overlapping days of confluence. Some days in this calendar are considered as more auspicious than others. We were fortunate enough to be in Sukawati during the Air Jeruk Temple’s annual anniversary ceremony. What I think it is important to draw attention to at this point is that these ceremonies are not empty rituals performed as a nod to tradition; for local people, at least, they are a part of culturally ingrained perceptions of the world. Nor do they exist in isolation from non-religious social relationships. They seem to be a thread running through fabric of life. We were the only tourists at the ceremony and this was certainly not a performance for outsiders. We felt totally privileged to be able to observe and learn.

This blog shows some of the preparations for this ceremony:

During the days before the ceremony offerings of fruit, rice and flowers are prepared by the women.

Here women are shown preparing different offerings, some to adorn the temple and some to be used in prayer: 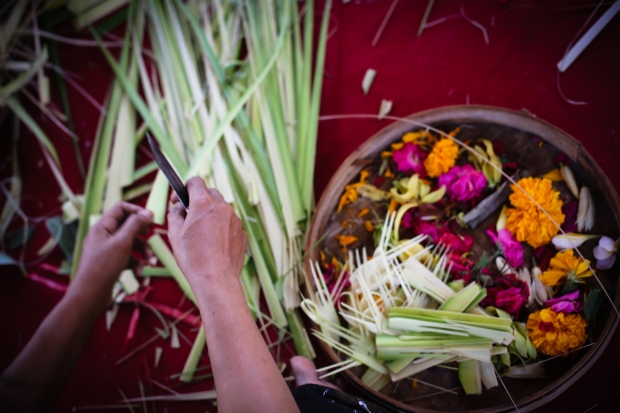 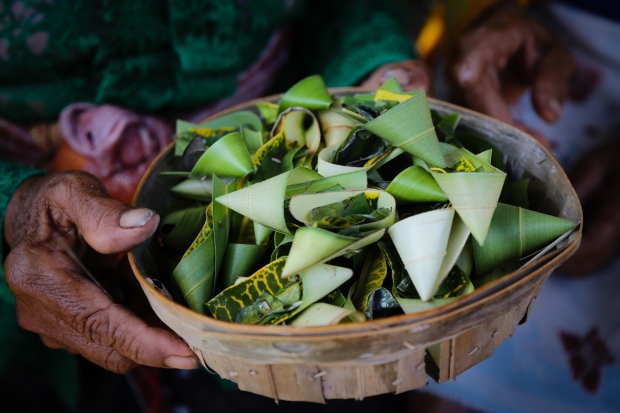 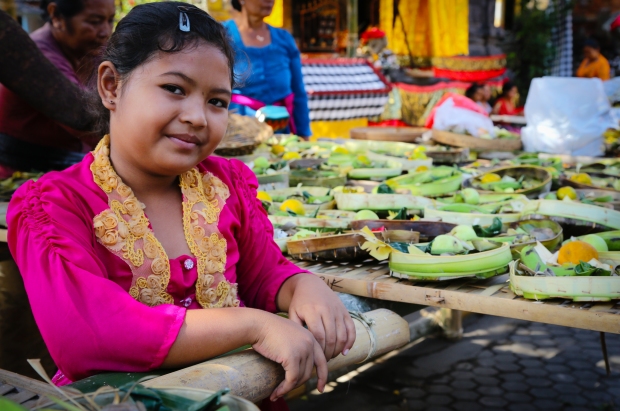 Men are also involved in temple preparations and prepare special food to be consumed: 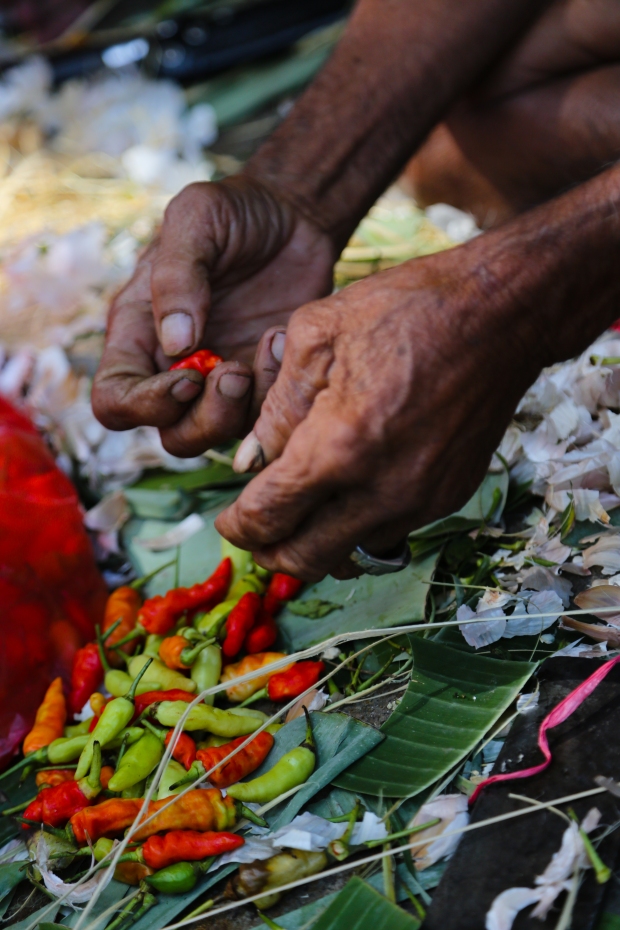 *I am not working for or under any obligation to promote Floating Leaf Eco-Retreat.