Not seeing a Basking Shark

Posted by The Thing With Feathers - Laura Cook on July 23, 2014 in Visual Storytelling | 3 Comments

I do not have an official bucket list. There is not a piece of wrinkled, yellowing notepaper stashed away anywhere. I have never really believed too much in bucket lists as I think life offers so many opportunities that we should grasp the ones that come our way. I know people who have become so fixed in their dreams that they neglect the great chances that fall into their lap. They are so busy looking at the stars that they miss the star-dust on their own palms and the ability in their own feet to carry them to new and exciting places. 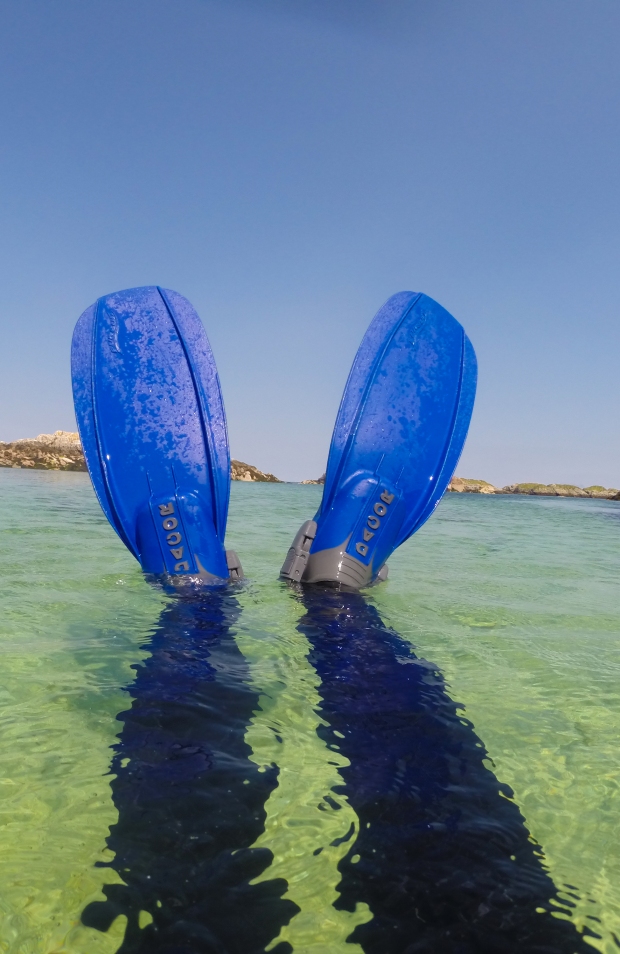 However; if I were to have a bucket list swimming with a Basking Shark would be very high up on that list. I have always loved the big fish! I tried once before to see Basking Shark in Cornwall (UK) and they were not to be found which was very disappointing. So this year I got increasingly excited after booking a day tour with Basking Shark Scotland to head out from the coast of Oban in Scotland to find some shark. In the weeks before the trip the shark had been elusive but two days before today they made an appearance. Thrilling stuff!

Today I woke up early and headed down to Oban’s North Pier to head out with a small group to the Isle of Coll, first to swim with seals and then to hopefully swim with shark. The day was unusually hot for Scotland and beautiful blue skies and a fairly calm Atlantic Ocean greeted us. With a brief stop in picturesque Tobermory (Isle of Mull) we suited up in 7mm wetsuits and headed out into the rather chilly waters off the coast of Coll.

The water off Coll was clear, clean and cold! The scenery above and below the surface was stunning:

Unfortunately our afternoon did not go so well as our search for Basking Shark was unsuccessful. I would be telling fibs if I said this did not bother me but as one of the other guests on the boat pointed out it is the fact you do not know if you will see them that makes it so special if you do. While looking for fins in the water we did manage to see lots of other wildlife and also learnt a bit more about the plankton the shark feed on. The team from Basking Shark Scotland were excellent and very informative and I learnt lots from Luke and Shane who were leading the trip.

West Scotland is incredibly beautiful and I hope to be back one day to search once again for Basking Shark. Maybe it will be third time lucky for me next time and I can mentally place a tick on the bucket list I do not have! Here are some images from the day:

Shane from Basking Shark Scotland explains the route for the day 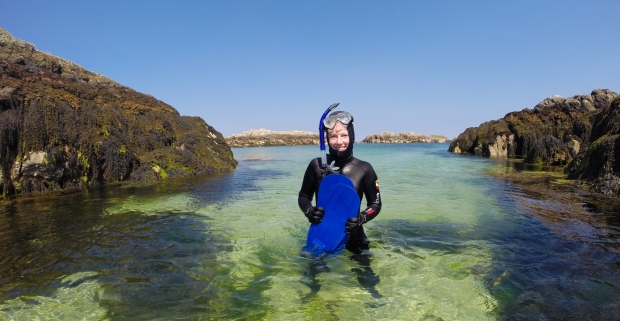 Shane checks the water. Looking for the Basking Shark’s food source helps you find where the shark are most likely to be.

The Isle of Coll in Scotland is fringed by white sandy beaches and clear water.