Alondra: stories from the streets (part one)

Posted by The Thing With Feathers - Laura Cook on April 9, 2014 in Nicaragua | 2 Comments

Last week I started my series of blog posts looking at the Nicaraguan team for the Street Child World Cup 2014. The cup has now ended and all the children enjoyed taking part but the stories of those taking part have only just begun. I look forward to finding out more about their experience of Brazil, but more importantly how their lives change as a result of the work of the charity that supports them in Nicaragua (Casa Alianza). So this week I am going to focus on three of the young people who took part in the Street Child World Cup and tell you a bit about them and how they came to live on the streets and eventually end up representing their country in Brazil….

“We are dedicated. We won’t give up. We will keep on going right until the last whistle. We have been that way from the start and that is the way we will always be.” (Alondra Rivera) 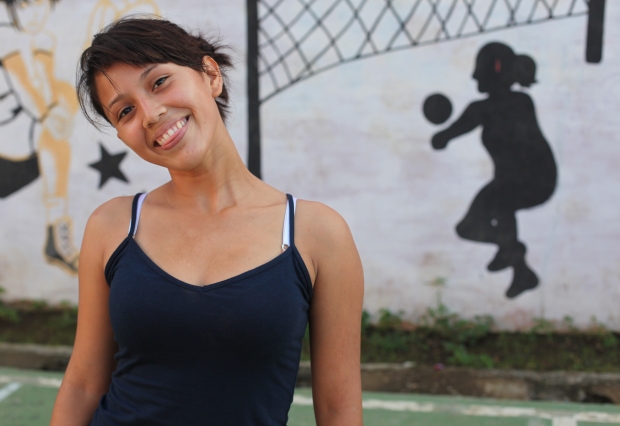 Alondra lived with her grandparents until she was 13 years old when they sadly both died. She was sent to live with her aunty but was unhappy and found herself spending a lot of time on the streets hanging out with friends rather than staying at home. She soon fell into dangerous situations and began sniffing glue and drinking alcohol. 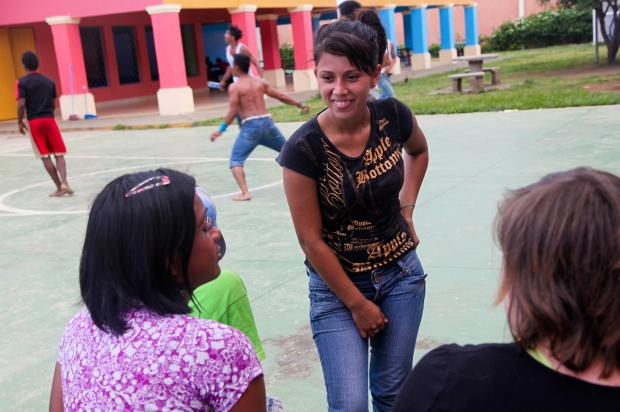 Alondra’s aunty was worried about her and the choices she was making and phoned the police. The police picked up Alondra who was drunk and took her to Casa Alianza (the project caring for and empowering children who have been living on the streets).

“When I first arrived here [Casa Alianza] I was one of the youngest and smallest girls here so sometimes I would start crying in the corner. I wanted to be away from people. I enrolled in courses and then I went to school and have slowly begun to improve my life. Now I am pushing forward and just keep trying to become a useful member of society.”

When asked about how she came to join Team Nicaragua for the Street Child World Cup Alondra had this to say: “When I first saw the training sessions I did not really want to get involved. I was a bit apprehensive, but then I started training without knowing there was a cup. I was just training for myself. When I then found out about the cup and the chance to be in it I began to give training everything. As a team we are dedicated. We won’t give up. We will keep on going right until the last whistle. We have been that way from the start and that is the way we will always be.”

A key feature of the Street Child is the Street Child Conference when young people from across the world speak out on behalf of their peers. I asked Alondra what she would want to say at the conference to the world:
“I would say that as street children we have the right to have fun, we have the right to make our own decisions and we have the right to say no. For the young women I want to let them know that we can do amazing things. Here in Nicaragua there is a big problem with machismo culture but it is something we are trying to overcome. We can stand up for our rights and do things in our own strength.” 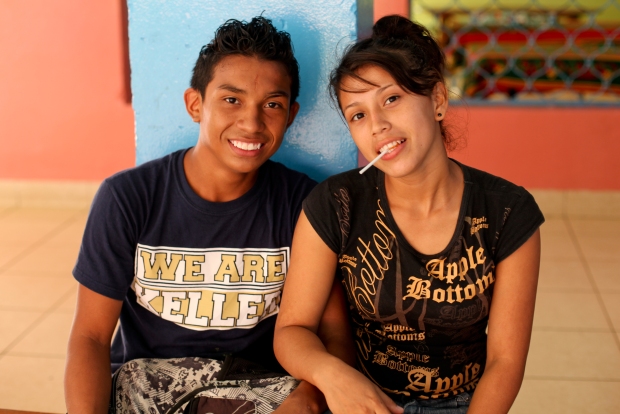 I want to leave the final words to Alondra, a fantastic young woman shown here with a Team Nicaraguan friend. I asked her what her hopes were for the future and her answer was moving and simple but powerful:
“Work. Keep playing football if God permits that and keep going to the gym…….. and when I have a family I want to make sure my children do not have to go through what I went through”